To avoid this burden (and high fees for end users) reference counting is used: 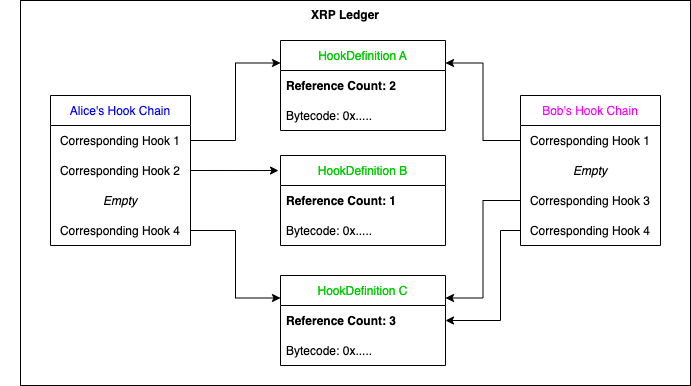